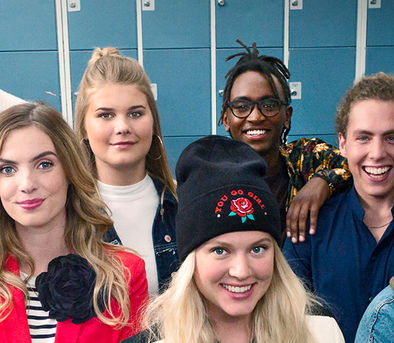 "We have received wonderful feedback from NRK on the series. BEST FRIENDS addresses complex, societal issues such as bullying, gender diversity and silent poverty, yet remains entertaining for young audiences around the world."

BEST FRIENDS (original title: SpangaS) produced by NL Film and Dutch public broadcaster KRO-NCRV, is currently running in its 11th season in Holland, with the 12th season in production and will celebrate its 2000th episode in November this year, making it the longest running drama series in The Netherlands. The award-winning series has inspired 5 TV specials, books, a game and two feature-length movies over the years.

The deal with NRK isn’t the first international success of the series: Public broadcaster SRF in Switzerland co-produced a local version in 2012, and Super RTL in Germany acquired 50 episodes in 2010. Moreover, BEST FRIENDS has been nominated for the Prix de Jeunesse and the Japan Prix and has been awarded with both the Cinekid Media Award and the Cinekid Audience Award at the Cinekid Film, Television and Digital Media Festival for children, taking place in Amsterdam.

Kaja Wolffers: “We have received wonderful feedback from NRK on the series. BEST FRIENDS addresses complex, societal issues such as bullying, gender diversity and silent poverty, yet remains entertaining for young audiences around the world. The fact that NRK recognises the core values of this series, is the biggest compliment we can receive for a Dutch drama series. The series has been able to fascinate, inspire and retain young viewers in the Netherlands for twelve years now, hence we are looking forward to a long collaboration with NRK.”

BEST FRIENDS follows the everyday lives of a group of students at their high school “Spangalis College” as they experience all kinds of relatable, exciting adventures. Every character has its own unique story of love, friendship, family, loneliness, sorrow and discovery. The series addresses current and relevant topics such as divorce, bullying, sexuality and immigration and shows all that life has to offer for these teenagers.