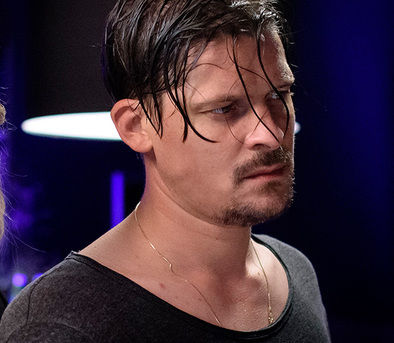 "In ‘All-in Kitchen’, good friends Tjé and Hein are looking for a new goal, an apartment and the love of their lives. "

Characters Tjé (Géza Weisz), Hein (Javier Guzman) and Julian (Teun Kuilboer), known from the successful tv-series Bluf, can be seen from fall 2016 on RTL5 and Videoland in the new series ‘All-in Kitchen’. Along with Kiki van Deursen, Lisa Zweerman, Manuel Broekman, Kees Boot and Dirk Zeelenberg, they form the strong cast in a series which is about friendship, love, excitement, cooking and a little bit of poker.

In ‘All-in Kitchen’, good friends Tjé and Hein are looking for a new goal, an apartment and the love of their lives. When Hein’s brother Philip – professional poker player and breadwinner of the group – has left to chase his dreams in America, the guys are left to fend for themselves. A helping hand is extended by businessman Bert (Kees Boot). He asks them to save the restaurant of his friend and property magnate Marcel (Dirk Zeelenberg).

Valerie (Kiki van Deursen), Bert’s daughter and manager of restaurant ‘Allwin’s Kitchen’ is, to say the least, not happy with her fathers plan and refuses to work with this motley crew. Until she finds out what her fathers plan actually is. Bert doesn’t really believe Tjé and Hein have got what it takes to save the restaurant and hopes to buy the restaurant for a bargain. This puts Valerie in a tough spot: is she willing to set aside her pride and help the guys or will she side with her father?

When their rigorous approach backfires completely, Hein and Tjé decide to call their poker friend Julian for help. When it turns out that Julian is as broke as they are and was actually hoping for a job at the restaurant, they come up with an idea: after dinner, guests are allowed to play a game of poker for the bill: All-in Kitchen is born.

‘All-in Kitchen’ is produced by NL Film. The series premiers this fall on RTL 5 and Videoland.