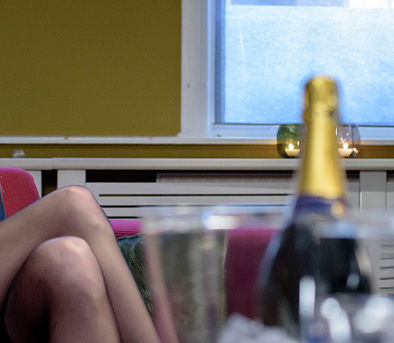 Dairy of the Callgirl screens on Net5 from 19 March

"Anna does her best to keep her professional and personal lives strictly separated, but this isn’t always easy."

Shooting for the new Net5 drama series Diary of a Call Girl is in full swing. This new Dutch series is about a seemingly normal woman who leads a secret double life as a call girl in Amsterdam. She does everything she can to keep the two completely different worlds she inhabits completely separate. With a light touch and a lot of humour, Anna (played by Sanne Langelaar) guides us through the world of chic hotels, designer clothing and the dos & don’ts of the escort business. Diary of a Call Girl is produced by NL Film and will be broadcast on Net5 from Thursday 19 March at 8.30 pm.

Anna does her best to keep her professional and personal lives strictly separated, but this isn’t always easy. The gulf between the two worlds is so great that complications are unavoidable. For example, well-educated Anna tries to keep her work a secret from her family, but isn‘t always able to come up with convincing explanations of what she does.

Anna works for Stefanie (played by Susan Visser), who is driven by money. She is the owner of the exclusive escort agency Anna works for, using the name Jolie. Although Anna likes her work, the life of a high-class prostitute can get pretty lonely. Luckily, she has her ex-lover and best friend Ben (played by Matthijs van de Sande Bakhuyzen), who she has known since her student days. Anna secretly still has feelings for Ben and hopes their relationship will one day blossom again. This doesn’t seem very likely, however, as long as Anna is going to bed with other men for money – also, Ben is engaged to someone else …

Sanne Langelaar
Actress Sanne Langelaar is familiar from her roles in ‘Good Times, Bad Times’, ‘Verliefd op Ibiza’ and can currently be seen in the film ‘Michael de Rutter’. She is enjoying taking on the role of call girl Anna enormously: “I am very happy with my role in Diary of a Call Girl. The two sides of the character – Anna in her ‘real life’ and Anne as call girl Jolie – give me lots to get into as an actor. And yes, that includes lingerie. I have worked out a lot to look good in the more explicit scenes."

*produced by Tiger Aspect/Silverapples Media/MFM Productions, created by Luc Prebble from an idea by Paul Duane