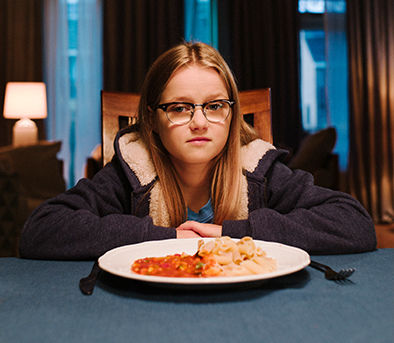 "We are very proud that our Dutch Floor is traveling the world. It shows that the cheeky humor, directed by Maurice Trouwborst and based on the books by Marjon Hoffman, also hits the right note outside the Netherlands."

The Netherlands’ leading international distributor Dutch Features Global Entertainment has inked deals for the comedy series Floor Rules, produced by NL Film and public broadcaster VPRO, for France, French-speaking Africa, Belgium and Denmark. Ahead of this year’s European Film Market, the company has closed a deal with Canal+, VRT and DR respectively.

In September last year, Dutch Features already announced that it had sold the series to Studio Hamburg Enterprise for KIKA, the youth channel of German broadcaster NDR and ARD, who will be bringing the series to young audiences in Germany, Austria and Switzerland in the autumn of 2019.

Producer Kaja Wolffers comments: "We are very proud that our Dutch Floor is traveling the world. It shows that the cheeky humor, directed by Maurice Trouwborst and based on the books by Marjon Hoffman, also hits the right note outside the Netherlands. It is quite exceptional for a Dutch children's comedy to go abroad, but Floor seems to have no problems with that at all. In short: Floor Rules!"

Season 1 of Floor Rules, which follows the fun and anarchic adventures of ten-year old Floor and the helpful rules she invents to navigate everyday life, was broadcast in its home territory the Netherlands in spring 2018 with an average market share of 40% per week in the category 3-12 years. The series gathered a lot of online attention with 100,000 unique page views per week and making it to the weekly top 10 of most watched programs online in the Netherlands several times. In October 2018 Floor Rules won the Cinekid Lion Jury Award for Best Dutch Fiction Series. The second season of the successful series is set to air end of March 2019 with a third season has already been ordered by broadcaster VPRO, due to the success of the series.

Floor Rules is based on the successful book of the same name by Marjon Hoffman. In sixteen episodes the viewer follows the stubborn Floor and her family. Floor is a ten-year old girl who finds it very helpful to make up rules for the crazy world around her. These rules give her the answers to the most important questions in the life of a young girl, such as: How do you deal with an obnoxious brother? What do you do if you receive the ugliest jacket in the world as a gift? What if your best friend gets sick with impetigo and you want it too? And why is carp fishing such a guy’s thing? Floor has experienced all of these awkward situations and dilemmas and she’s ready to share her knowledge with the world.

The series is directed by award-winning director Maurice Trouwborst (Zenith) and stars Bobbie Mulder as Floor and Ole Kroes as her brother Kees. Father Jan is played by Ferdi Stofmeel and mother Irma by Elisa Beuger. Marjon Hoffman and Lotte Tabbers wrote the script.