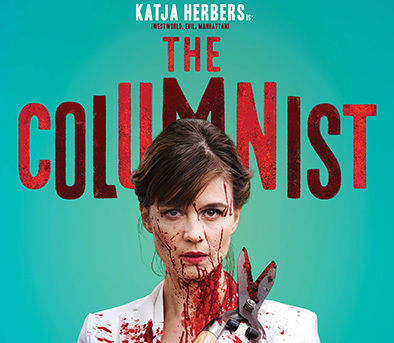 The Columnist with Katja Herbers is going to Asia

The black comedy The Columnist, with Katja Herbers as lead actress, will soon come out in cinemas in South-Korea. The satire is purchased by distributor Nabisori Distribution, who will release the movie this year.

Earlier this year The Columnist was the most remarkable title in the series of telefilms from the NPO. The comedy tells the tale of a columnist who is seeking revenge on the trolls that are sending her abusive and hurtful comments online.

Director Ivo van Aart and screenwriter Daan Windhorst came up with the movie-idea when they read about the impact name-calling can have on social media. South-Korea is the first country where The Columnist will be seen in cinemas.