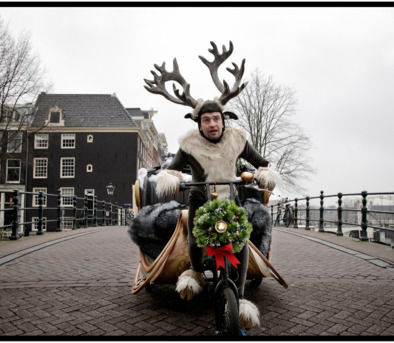 "Actors from the film will make a surprise visit to a cinema somewhere in the Netherlands."

The romantic comedy MEN IN THE CITY has already sold more than a quarter of a million cinema tickets. To celebrate this, next Saturday actors from the film will make a surprise visit to a cinema somewhere in the Netherlands. Which of the ‘men in the city’ – alongside Barry Atsma – will be surprising an audience is still under wraps, as is the location. But from today you can pick up hints from the MEN IN THE CITY Twitter account. The audience in the ‘winning’ cinema will also receive a special gift.

The biggest romantic comedy this winter is populated by Daan Schuurmans, Barry Atsma, Jeroen Spitzenberger, Georgina Verbaan, Teun Kuilboer, Katja Herbers, Fabian Jansen, Hadewych Minis, Jon van Eerd and Liliana de Vries, among others. MEN IN THE CITY was directed by Mark de Cloe, produced by Alain de Levita of NL Film (THE STORM, ALL THE TIME IN THE WORLD, TAPED). The original screenplay was adapted by Maarten Lebens (HAPPY FAMILY, THE STRONGEST MAN IN HOLLAND, MOTHER, I WANT TO JOIN THE CABARET). MEN IN THE CITY is now screening in cinemas everywhere.