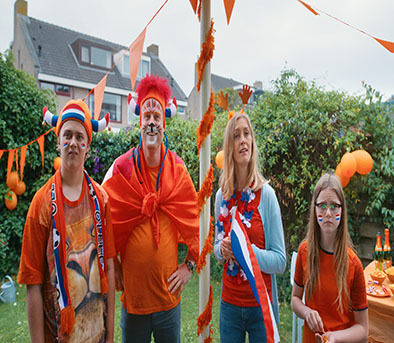 Floor returns for the last time

As of Sunday March 27th, Floor Rules is back on the Dutch tv-screens

About the series
In 'Floor Rules' (based on the successful book series by Marjon Hoffman) we follow the life of Floor, a stubborn girl with an original outlook on life. Floor believes that children, just like adults, should be able to come up with rules. And that's what she does. She learns from the things she experiences and makes rules to warn the children of the Netherlands. In each episode two of those rules are discussed. They answer the most important questions of life for a girl of 10. How do you deal with an irritating brother? What do you do when you get a very ugly coat as a gift? What do you do if your best friend has the impetigo and you want one too? Why is carp fishing a man's thing? And how do you deal with it if your father suddenly turns into a fitboy? Floor has seen it all and knows the answers.

Previous successes
The first season of the youth series Floor Rules won and International Emmy Kids Award in 2020. This coproduction of NL Film and the VPRO was directed by Maurice Trouwborst and was nominated in the category; best series. The international Emmy Kids Awards are the most renowned awards for international Children’s programs worldwide. In 2018 Floor Rules received the Cinekid Lion Jury Prize for Best Fiction series and the Audience Award of the same festival in 2019.