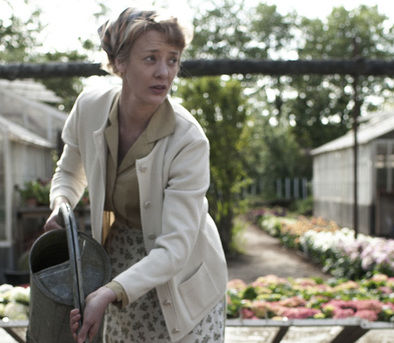 "We are very proud that we have been selected. The Berlinale Co-Production Market is the place to find reliable partners for ambitious European film drama."

The feature film project ‘MY FATHER’S GARDEN’ by producer Alain de Levita has been selected from 328 submissions to take part in the Berlinale Co- Production Market. The film, to be directed by Ben Sombogaart with actor Barry Atsma in the lead role, is one of the 20 feature film projects from all over the world to make it into the official selection. The Berlinale Co-Production Market will take place 9-11 February 2014 during the 64th Berlinale – the Berlin International Film Festival.

NL Film producer Alain de Levita: “We are very proud that we have been selected. The Berlinale Co-Production Market is the place to find reliable partners for ambitious European film drama.”

The Berlinale Co- Production Market offers producers the opportunity to contact 450 potential co-producers and finance partners. All selected projects must have already found at least 30% of their finance. Over the years, the Berlinale Co-ProductionMarket has allowed 170 films to be made, including the arthouse hit of last year, ‘THE LUNCHBOX’. This means the market, which takes place for the 11th time this year, has a success ratio in excess of 40%.

‘MY FATHER’S GARDEN’ is the film of the book ‘Knielen Op Een Bed Violen’ [‘Kneeling on a Bed of Violets’] by Jan Siebelink. It tells the story of a loving husband and father who falls under the influence of an extremely orthodox Protestant sect. His fear of death leads him to sacrifice everything and everyone to this faith, including his livelihood and the respect of his sons. But he never loses the love of his wife.

The screenplay was written by Hugo Heinen and the film is produced by Alain de Levita and Sytze van der Laan (NL Film). Shooting is planned for the end of this year. A-Film will release the film in cinemas in the Netherlands.