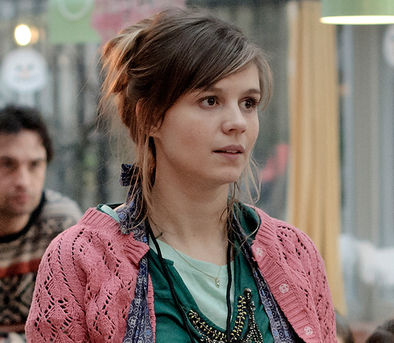 New Women for Men in the City 2

"Which of the men’s hearts they will set aflutter in the new film is being kept under wraps for now."

A week after the announcement of the male cast of MEN IN THE CITY 2, the sequel to the hit film from 2013, the female cast of the romantic comedy has now also been finalised. Hadewych Minis (BORGMAN, BLOED, ZWEET EN TRANEN), Katja Herbers (MANHATTAN, DIVORCE) and Liliana de Vries (HARTENSTRAAT) return, as does Jelka van Houten (JACKIE), with whom the first film ended. New female counterparts for the men have also been cast, including Maartje van de Wetering (DAYLIGHT) and Bo Maerten (WOLF) – but which of the men’s hearts they will set aflutter in the new film is being kept under wraps for now.

Barry Atsma, Daan Schuurmans, Jeroen Spitzenberger and Fabian Jansen were already confirmed for the follow-up. There is also a new face among the men: Mingus Dagelet (TO BE KING), who will play the romantically inclined cycle courier Younes. Shooting on MEN IN THE CITY 2 is already underway. The film is scheduled for release on 17 December 2015.

The first MEN IN THE CITY film sold more than 450,000 cinema tickets and has been seen on VOD almost one hundred thousand times. The sequel will again be directed by Mark de Cloe and produced by Alain de Levita and Kaja Wolffers of NL Film, in cooperation with RTL Entertainment. Dutch FilmWorks will again provide distribution.