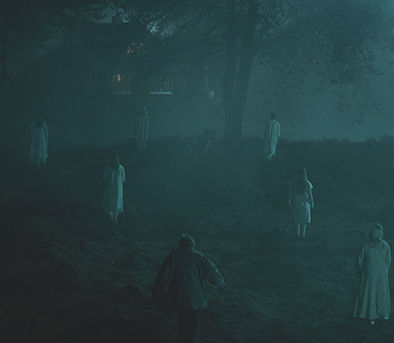 "MOLOCH is the debut feature film from Nico van den Brink, who rose to prominence on the international festival circuit thanks to a string of acclaimed genre short films."

XYZ Films executive producing and selling world rights minus Benelux, with Splendid Film set to release in the territory

Production is underway in the Netherlands on director Nico van den Brink’s horror-thriller MOLOCH. With a screenplay by van den Brink and Daan Bakker, from a story by Nico van den Brink with additional support from Jaap Peter Enderle, MOLOCH is produced by Sabine Brian and Ronald Versteeg (NL Film, Amsterdam). XYZ Films, Todd Brown and Maxime Cottray are executive producing. MOLOCH will be released theatrically throughout the Benelux by Splendid Film with XYZ Films representing worldwide sales outside of Benelux.

In the film, 38-year-old Betriek (Harmsen) lives at the edge of a peat bog in the North of the Netherlands. When she and her family are attacked by a random stranger one night, Betriek sets out to find an explanation. The more she digs, the more she becomes convinced that she is being hunted by something ancient.

MOLOCH is the debut feature film from Nico van den Brink, who rose to prominence on the international festival circuit thanks to a string of acclaimed genre short films. One of those shorts, The Burden, also produced by NL Film, is currently in development as an English-language feature that will be van den Brink’s second film, with James Wan and Sam Raimi producing.

XYZ’s recent slate of sales titles include Netflix original THE TRIP starring Noomi Rapace and Aksel Hennie, CUS AND MIKE starring Anthony Hopkins, current release VIVARIUM starring Jesse Eisenberg and Imogen Poots and Sion Sono’s PRISONERS OF THE GHOSTLAND, starring Nicolas Cage and Sofia Boutella, which premiered at the 2021 Sundance Film Festival, and SXSW horror-thriller GAIA, which was recently acquired by Neon. XYZ is also in post-production on STOWAWAY starring Anna Kendrick and Toni Collette, which will be released as a Netflix Original in 2021, and DUAL starring Karen Gillan, Aaron Paul and Beulah Koale.