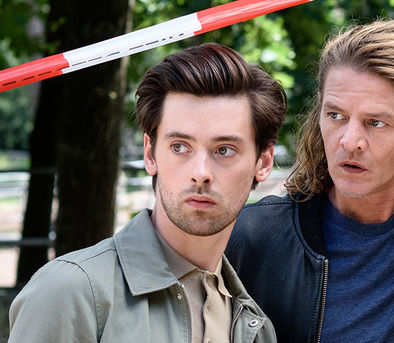 "Series ‘Odds’ is all about a hyper intelligent statistics-freak and a bon-vivant in it’s purest form."

The new RTL-Videoland-series ‘Odds’ is all about a hyper intelligent statistics-freak and a bon-vivant in it’s purest form. The strong cast star in a detective-series, which can only be described as a classic whodunit. The series premiers early 2017 on RTL 5 and Videoland.

Synopsis
Tom and Neil, who’s paths cross by accident, form a golden team. They became rich through sports betting and use the same skills for ‘cracking’ seemingly unsolvable murder cases. One is a analytical genius, who lives in a world filled with statistics and numbers. The other is a bon-vivant and a womanizer. At first glance, the two don’t seem ideal partners; but they prove themselves as the go-to-men for the police when they can’t solve a case.

When the duo get caught in the middle of a murder case which involves the death of a friend of theirs, they meet detective Kim (Hannah Hoekstra). The ambitious detective soon finds out the potential of this unique combination, and – to annoyance of her colleague Melvin (Oscar Aerts) – decides to hire Tom and Neil as consultants.

Odds is, like the new comedy-series ‘All-in Kitchen’ which premiers this fall on RTL 5 and Videoland, produced by NL Film.