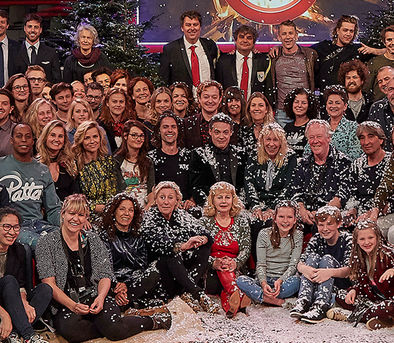 Will Koopman directs romantic comedy All You Need Is Love

"I am very honoured to be asked to direct this film. The script is heart-warming, and I read it with a huge smile."

Producer NL Film and distributor Dutch FilmWorks have brought in Will Koopman as the new director of the big Christmas film for 2018 All You Need Is Love. Koopman – who directed biggest ever Dutch box office hits Gooische Vrouwen I and II, as well as the ratings-busting TV series Divorce and Familie Kruys – will pick up the production immediately and will shortly be announcing the first lead roles.

This Dutch feature film was inspired by RTL 4’s TV audience hit All You Need Is Love, and will be on big screens everywhere at Christmas 2018. The screenplay is by Paula van der Oest. Shooting is planned for mid-March 2018.

NL Film producer Sabine Brian: “We are particularly pleased and honoured that Will has agreed to join forces with us to transform this rock-solid brand into a feature film. The screenplay by Paula van der Oest lays a great basis for the film. With Will on board, we have every confidence that, together with this team, we will make a fantastic feel-good film."

Will Koopman: "I am very honoured to be asked to direct this film. The script is heart-warming, and I read it with a huge smile."