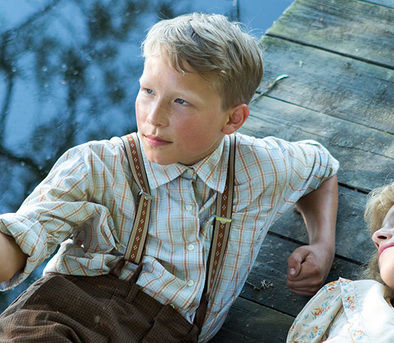 Yzabel makes title song for In my Father's Garden

"I feel honoured as an emerging artist that I’ve been asked to provide the title song for this big production. "

Yzabel has created the title song for the film ‘In my Father's Garden’. Specially for the film, the Amsterdam singer-songwriter renowned for her autobiographical texts and highly committed live performances, has recorded a Dutch-language version of the song 'We are Hallelujah', which recently appeared on her debut EP 'Half Awake'.

Yzabel: “I feel honoured as an emerging artist that I’ve been asked to provide the title song for this big production. Together with producers Jens Munnik and Eric van Tijn, we’ve given the song ‘We are Hallelujah’ an arrangement that really fits the film. In fact, the title song is really a whole new song now, about the search for freedom, when deep-rooted fears become reality. It’s pretty intense, but that really suits what the film ‘In my Father's Garden’ is all about.”

About ‘In my Father's Garden':
Childhood sweethearts Hans and Margje Sievez have a happy family life at their nursery business. They both work hard to keep the business healthy, but their unconditional love for one another keeps them strong. Then one day Hans meets the preacher Jozef Mieras, who talks to him about God, rekindling memories of his strict religious upbringing. When Hans then has a deeply religious experience, he becomes convinced he was in direct contact with God. Caught up in the ensuing search for meaning and eternal life, he loses sight of reality, as well as contact with the people who are dear to him. He becomes ever more captivated by religion, which just makes the distance between him and the various members of his family ever greater. As Hans sinks deeper and deeper into the clutches of the sect, his wife Margje can do little but stand by and watch the love of her life slowly fade away.

In my Father's Garden is a gripping love story and a classical tragedy about two people and their immense love for one another. A poignant film about love, faith and the choices we make.

The film is directed by Ben Sombogaart (Bride Flight, The Storm, Twin Sisters), with lead roles for Barry Atsma, Noortje Herlaar, Marcel Hensema, Bert Luppes, Gaite Jansen, Nils Verkooijen and Willem Voogd. The film is based on the bestseller of the same name by Jan Siebelink, and will be in cinemas from 25 February.