Men in the City 2

Almost a year after comedy series Popoz first screened on Comedy Central, everything has finally fallen into place: the Popoz feature film is being made.

Ivo (Huub Smit) and Randy (Sergio Hasselbaink) are a pair of fanatical police detectives. Who are crazy about American action movies. Which means they are a little faster and more pro-active than the average Dutch police officer. When, with their intern Coco (Noel Deelen), they start meddling in a big police operation, they get completely out of their depth – leading to a bloodbath with a hail of bullets, bodies stacking and lots and lots of blood. They end up in prison, where they meet Mercator, a ruthless criminal who is quick to use his fists. Through him, they find out more about a dangerous drugs cartel that has a deadly, vice-like grip on the city. Ivo and Randy discover that they have very different ideas about the thin line between good and evil. It turns out it takes more than just tough-guy action poses, bone-crunching car chases and leaping to conclusions to get the job done. Ivo and Randy have to become a real team again, like they used to be. 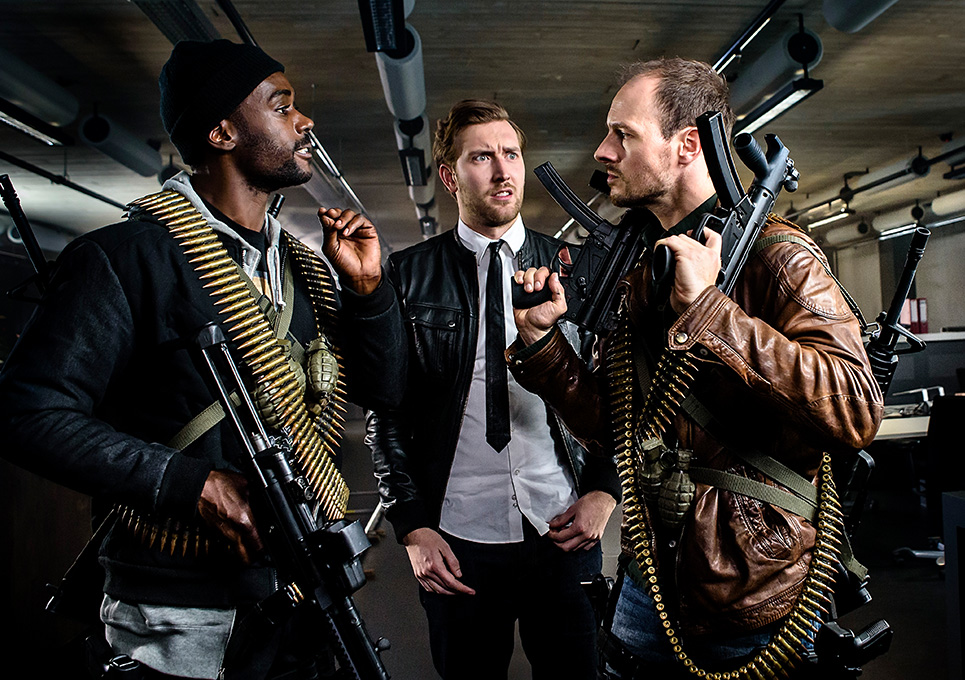