Mother I want to join the Caberet

Lesboos is a new comedy sketch show about a group of lesbian girlfriends. Their different personalities clash when the group of crazy, man-hating women argue and then kiss and make up on a daily basis.

In their local, De Grot (The Cave), it’s strictly no dicks allowed. Who are the Lesboos? Gerda & Jackie are a lesbian couple trying to have a baby. Gerda is the man in the relationship; she seems to be permanently having her period. Jackie is well educated and at first glance doesn’t seem like an angry dyke. She keeps Gerda in check in most situations, but when confronted by a social enemy she reveals her true raging lezzer self. Lonnie works as a traffic warden, has serious issues with authority and abuses what little power she has. Lonnie can’t handle people telling her what to do. Her sexual preference is for small, Thai women. Fred is the quietest, and the most male of the group. Fred is actually a bit of a shy man with great sexual needs and frustrations. She is the owner of Café de Grot, where the group always meets. Steffi (Beffi ) had a child when she was a teenager; he is now a teenager himself and believes that all women are really lesbians. She is a lesbian, vegan hippie, acts as the mother of the group and where necessary can put things into perspective. 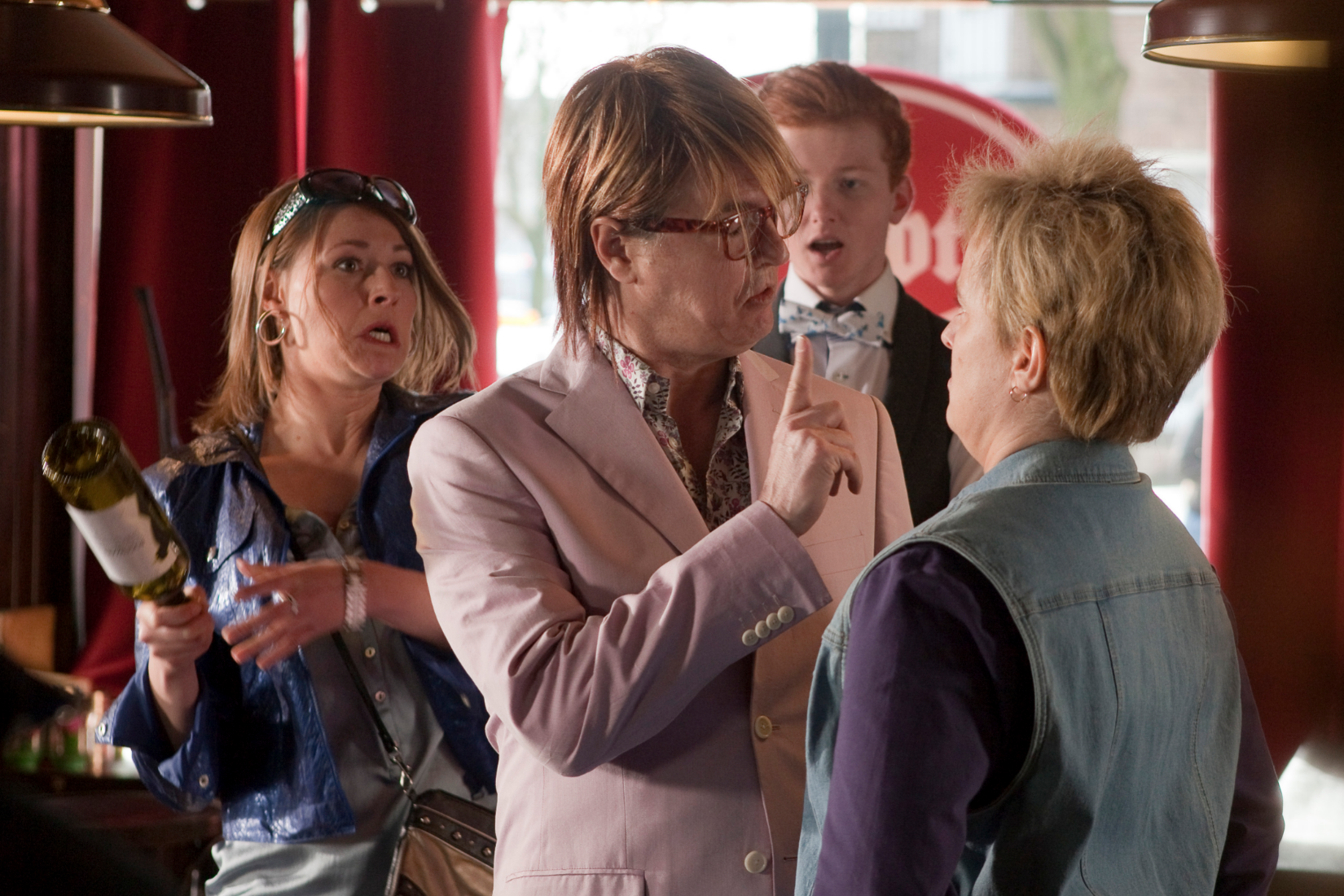